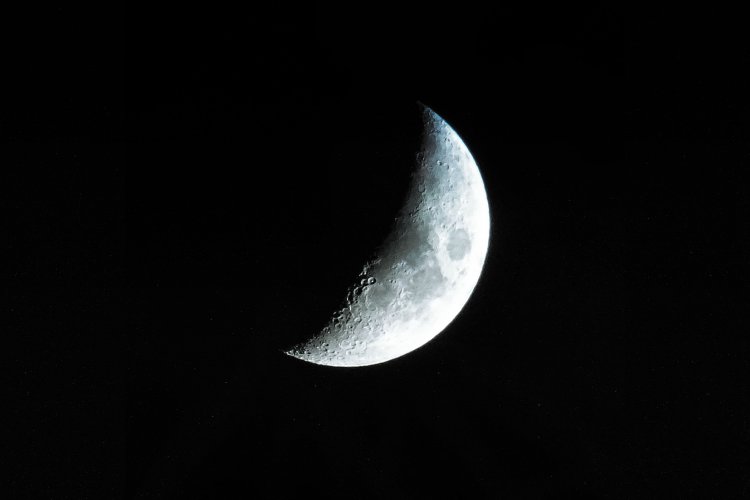 Chaldean which is also known as “Mystic Numerology” is the older numerology out of the two central numerology systems. Even though Chaldean Numerology is known as a more accurate system, it is less popular. This has to do with the fact that this system is difficult to master, while the Alphabet Values are also not in an order that is systematic like the other Numerology systems.

A name, when it is studied under Chaldean Numerology, will provide more of a metaphysical or occult flavor to a destiny that is interwoven into the character of the person. Chaldean Numerology also indicates invisible strings or hidden forces that may be going on “behind the scenes”.

The approach of Chaldean Numerology is exceptionally accurate and ancient. This system was developed a very long time ago by the Chaldeans who at the time occupied the South portion of Babylonia. Due to their diligent and long study involving the occult, the Chaldean people became very well-known when it came to how they contributed to mathematics, astronomy, along with other sciences which included Numerology and Astrology. The Chaldean people were so adept when it came to metaphysical arts, which is why their name eventually became synonymous with these types of studies.

All the numbers, whether used in the Chaldean or Pythagorean system, typically have the same symbols, character, nature, and meanings. This appears to be a universal rule for all of the number systems.

When using the Chaldean Numerology system, the meaning of the numbers extends past just what the single numbers represent. If you use this system, you also need to know about the purpose of the “double” or “compound” numbers. The single numbers in Chaldean Numerology represent the outward physical appearance of a name, whereas the compound or double numbers represent more profound, hidden influences or forces that are metaphysical behind the person’s name. The compound numbers are often an indication of what is about to unfold in a person’s life or a warning of danger.

Once the single number (physical) and the compound number (metaphysical) aspects of the name are determined, the next essential step involves the person’s birth date.

The birth date means the exact day in a month that the person was born. It too represents its significance and occult symbology. So for example, if you were born on the 8 December, you would be regarded as a number 8 person in this system.

The birth date is significant as it is always a constant that cannot be changed, like a needle that points north in a compass. The person might undergo name changes due to adoption, marriage, or changing their name legally, yet their date of birth will always stay the same.

>> Click here to get your free personalized video numerology report <<

The single numbers will denote the way that you appear to others, and the compound or double numbers represent hidden influences which are mysteriously playing their role, behind-the-scenes, which often foreshadows the future.

Here is a list of the meanings of the compound numbers in Chaldean Numerology:

The Wheel of Fortune symbol, which represents the number of faith, honor, self-confidence, along with the rise-and-fall where the person’s name will either be associated with evil or good according to their desires.

This number offers a warning of dangers that are hidden, treachery and trial from others. The symbol is usually a “Lion Muzzled” or a “Clenched Hand”, which represents that the person may experience difficulties that are great that they will need to contend with in their near future.

This number symbolizes anxiety and suffering of the person’s mind. It is also an indicator of “the Victim” or “the Sacrifice”.

This number indicates changes in places and plans and is not unfortunate like it is supposed. In ancient writings, it is stated that the person who gains an understanding of the number 13 is provided dominion and power.

This number represents movement and a combination of things and people, along with danger associated with natural forces like fire, air, water, and tempests. The number 14 is lucky when it comes to dealing with speculation, money and a change in business, yet there is also an element that is strong of danger and risk, which is usually owing to fool-hardiness and actions of others.

A number linked with mystery and magic when connected with a lucky and good single number can bring about luck and power. It is also linked peculiarly with “good talkers” and more than often with a gift or eloquence of art and music, along with a dramatic personality, combined with a strong personal magnetism.

The symbol for this number is a “Tower Struck by Lightning” where a man is shown falling from wearing a Crown. It is also known as “the Shattered Citadel”. It is a warning of a fatality that is strange that awaits one, or a danger of an accident or a defeat of the person’s plans.

This number is highly spiritual, and the symbol is an 8-pointed Star of Venus which represents love and peace. This number is an expression that the individual has risen in a superior way in spirit to difficulties and trials in their career or life.

This number symbolizes materialism which strives to destroy nature’s spiritual side. It is generally linked to a person that has bitter quarrels, with war, their family, social upheavals and revolutions. It is also a warning of deception and treachery by others, or a danger from natural elements like storms, explosions, fires, floods, and water.

This a very favorable and fortunate number and is symbolized by “the Sun”. This number promises success, esteem, honor, happiness and a guarantee of success for the person’s plans for their future.

The number 20 is known as the “The Awakening” or “The Judgement”. It is used for future events and denotes hindrances or delays in a person’s plans, which will only be conquered through developing nature’s spiritual side.

This number represents honors, advancement, general success, and a life elevation. It also means victory after very long tests and determination. This is a lucky number that involves promises when it appears in connection with any future events.

This number represents the warning of delusion and illusion, of a person that is good living in, “A Fool’s Paradise”. It is the number of false judgments which is attributed to the influences of others.

Another lucky number that promises the association and assistance of people in position and rank with the person’s plans. It is also associated with gain when it comes to love.

A number that denotes strength that is gained from experiences, along with benefits that are derived from observing things and people. It is not regarded as a lucky number as the successes are given from trials and strife experienced in earlier lives.

This number represents grave warnings about the future. It depicts disasters that come about from association with another or others. It also serves ruin from bad partnerships, unions, speculations along with taking bad advice.

This number is good and promises command, power, and authority. The people with this number are encouraged to go ahead with their plans and ideas.

This number is linked to contradictions. It is an indication of a person full of possibilities and promise who can have this all taken from them unless they have provided for their future with care. It also indicates a loss of trust, competition, and opposition.

This number is not lucky when it comes to future events. It depicts treachery, uncertainties, and deception caused by others. It also foreshadows unexpected dangers, tribulations, trials, unreliable friends, and deception usually to do with the other sex.

The number 30 is all about retrospection, deduction, along with mental superiority when it comes to one’s fellows. This number is mainly to do with the mental-plane, and the person is more than likely to place all the material things to one side, and not because they are forced to, but rather that they want to.

Very similar in meaning to the number 30, yet these people are more lonely, self-contracted, and isolated when it comes to their fellows. This number is not fortunate from both material or practical standpoint.

The number 32 is typically linked to combinations of nations or people and can be a number that is fortunate for the person that sticks to their own opinions and judgments. Yet for the type that does not adhere to these traits, their plans will more than likely be ruined by stupidity and stubbornness of others.

This number does not have potency and is generally has the same meaning as 24 which also happens to be a 6.

Represents the same meaning as number 26.

Represents the same meaning when compared to number 29.

Is represented by the meaning in number 30.

Same in meaning as number 31.

Same in meaning as number 32.

Will have the same representation found in number 24.

This is not a lucky number and symbolizes upheaval, revolution, failure, strife, and prevention of all types.

This number features the same meanings found in number 26.

You can find the meaning in number 37.

Same in meaning as the number 30.

Same in its meaning as the number 31.

Not potent on its own, and represents the meanings found in number 32.

This is a number that has an extremely powerful potency. It is a representation of a warrior and is a promise of a rapid advancement when it comes to whatever the person is about to undertake. This number is particularly favorable for people in naval or military life along with leaders. It can also represent threatening dangers and enemies.

Shares its meaning with the number 43.

Learn more about Numerology on our helpful resources page. In , you can find out more about what your name and birth date say about you with a free personalized numerology report.